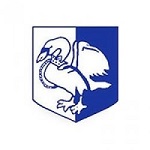 Another friendly, another loss, this time a 5 – 0 thrashing at Marlow Town, as Martin Kuhl sees red at halftime.

On a pitch that looked far from ready to start the season, another makeshift Stoke team, with players still missing or apparently on holiday, saw us get underway and with very little attacking threat, we soon went behind, as a goalkeeping blunder at the near post, was then followed by another converted penalty.

An effort by Ben Wright was wasted as his shot was blasted over the bar and Stoke finished the half down 2 – 0.

Then whilst the players rested on the pitch, Martin Kuhl was shown a straight red card by the young referee for something he said. Aaron Johnson took control of the team.

The second half saw even more poor play by Stoke and it was not long before we fell further behind. Another 10 minutes and another defensive error saw us trail 4 – 0 and with 3 minutes to go a 5th was added a serious collision between a Stoke defender and keeper and a Marlow attacker left the home player laid out. After about 10 mins the player was able to leave the pitch.